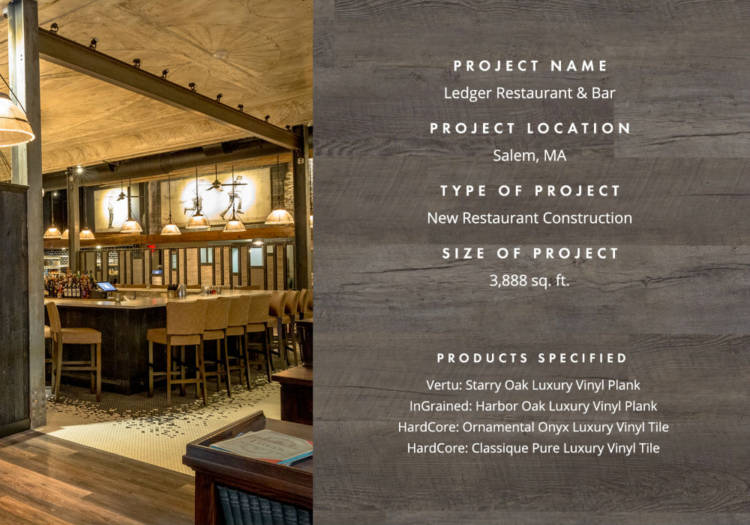 Prior to opening Ledger, ownership engaged the design team at Assembly Design Studio to help transform the circa 1818 space — formerly home to the country’s second-ever chartered savings bank — into a high-end dining establishment.

Assembly, a Boston-based design studio, was selected for the project as a result of its extensive resume in restaurant design — particularly its work in successfully renovating a 1945 building, once home to an old Family Dollar store, into Capo Restaurant in South Boston. 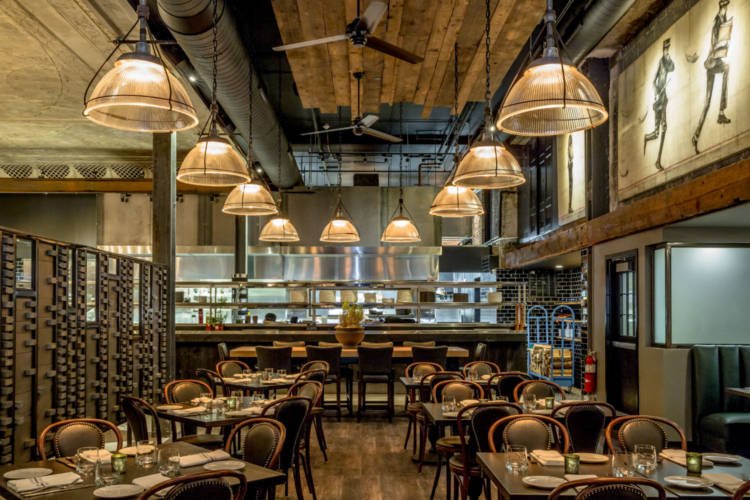 Renovation of the former bank building involved multiple challenges. Not only did the space feature the original plaster ceiling, original brick walls and extremely tall windows, but it also included a large safe that the design team would have to somehow incorporate within the interior design approach.

Another challenge, according to lead designer Erica Diskin, was that the interior space consisted of a massive amount of concrete slab flooring, a difficult flooring substrate to work with — especially considering concerns with budget.

“It was a huge undertaking,” said Diskin.

When working with a difficult flooring substrate, having a skilled flooring contractor is crucial. This is where REM Flooring came in; with help from Ralph Massa of REM, the substrate at Ledger was properly prepped then allowing for an easy installation of the chosen flooring product.

“I thought it would be the perfect application,” said Diskin. “It has that real wood look, can be easily applied and it wasn’t going to cost a crazy amount of money in terms of installation and labor costs.” 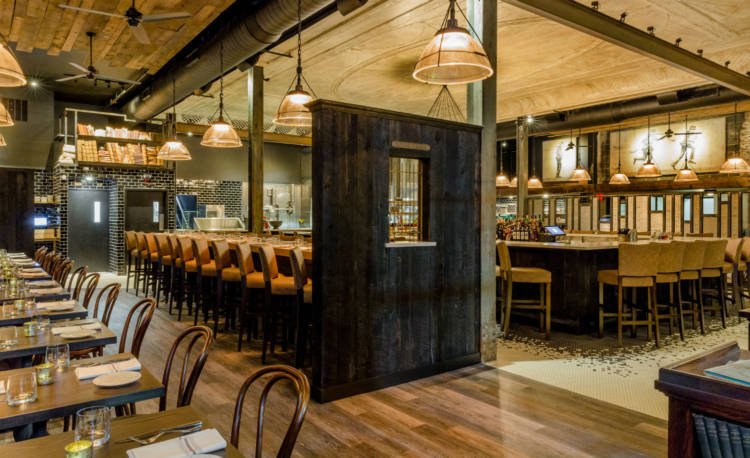 Another attractive attribute of the vinyl flooring was its color and design versatility, which Diskin said turned out to be “perfect” for the particular design approach chosen for the new restaurant space. Ironically enough, the design of Harbor Oak comes directly from an old pier in nearby Boston Harbor, which gives it a rustic, coastal feel that’s fitting for Salem.

In addition to Harbor Oak, Diskin and her team selected Starry Oak, another wood-looking flooring option, for the main dining room areas on either side of the bar. Pairing well with Harbor Oak, Starry Oak from the Vertu Luxury Vinyl Plank collection is another rustic oak look with tints of blue in its design. Additional luxury vinyl designs used were Parterre’s Ornamental Onyx, an elegant black stone look, and a white and gray marble design, Classique Pure. Both from the HardCore Luxury Vinyl Tile collection, these designs were installed in a nearby hallway space in a checkerboard pattern layout. 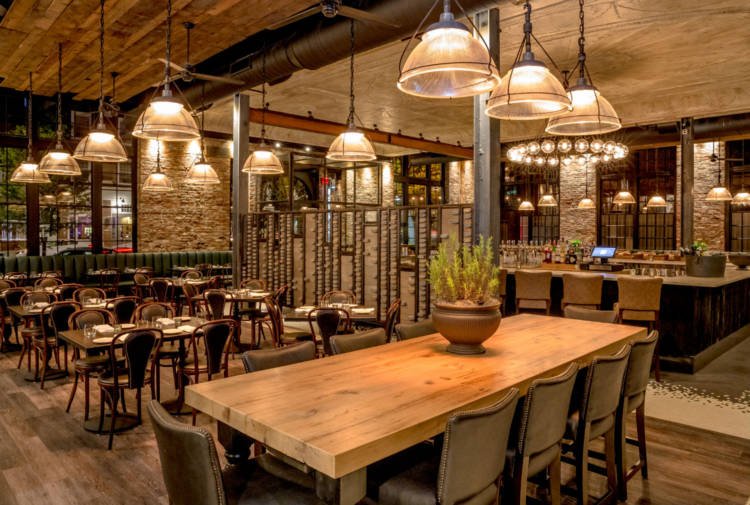 In the end, Diskin and her team were able to transform the former bank building into a lively and inviting dining establishment showcasing a 30-seat bar, a chef’s table, a six-seat oyster bar and a private dining room that can accommodate up to 60 people. Additionally, the Assembly team was able to incorporate the bank’s old safe deposit boxes into the restaurant design by creating a privacy wall.

Diskin said her team was able to preserve and reuse some of the old elements of the building, such as the original ceiling, in creating a fresh yet historic look for the restaurant. Parterre’s flooring, according to Diskin, only enhanced that look.

“It was something new, but it looked like it could be an old floor,” said Diskin. “It went along nicely with the idea that we were trying to refresh this old space with a fresh and modern feel.”