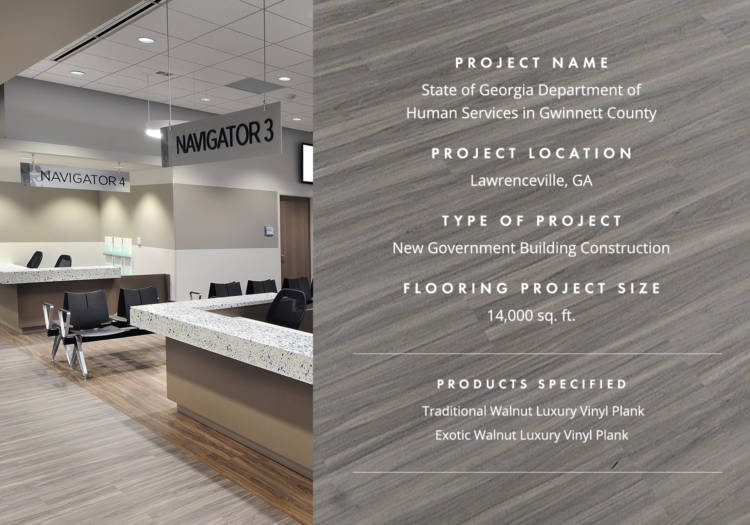 The Georgia Department of Human Services opened its newest office in Gwinnett County in August 2017. The 100,000 square-foot facility, which is situated in Lawrenceville, houses 400 employees and provides child and family-oriented programs — among other services — to over 120,000 families in the county.

Because it is a government agency, DHS officials were required to publicly bid the project. Winning the project after answering a Request for Qualifications and a successful interview process was CGLS Architects — a full service, mid-size architectural firm located in Atlanta, GA. 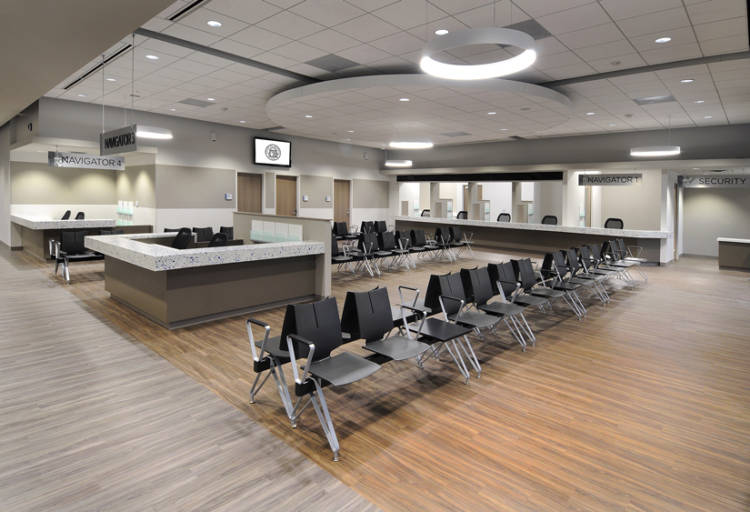 Frankie Ware, an interior designer at CGLS for the past 15 years, said the design firm was entering new territory when it won the bid to design the new government building. Having traditionally specialized in academic, religious and hospitality projects, Ware said her design firm was tasked with carefully designing a government facility that handles a variety of emotionally charged and highly sensitive situations related to family and child custody issues.

Another challenge, according to Ware, was that the government agency experiences a high employee turnover rate, so the new facility would need to be designed in such a way that was inviting and gave off a home-like feel.

“We were charged with coming up with a space that would encourage people to stay and also make the clients feel at ease and at home,” said Ware.

Flooring played a crucial role in the design of the new DHS facility, according to Ware. Initially, DHS officials wanted to use VCT flooring, but Ware convinced them that the flooring option was not ideal for the amount of foot traffic the facility would receive.

Having used luxury vinyl flooring in the design of several church facilities in the past, Ware said she presented DHS officials with Parterre’s product due to its design versatility, sound-absorption qualities and the fact that it requires less maintenance than other flooring options. Once she presented officials with Parterre’s product, Ware said they fell in love with it.

“It was really a win-win situation as far as the maintenance required, the life cycle and the look and feel of it,” she said. 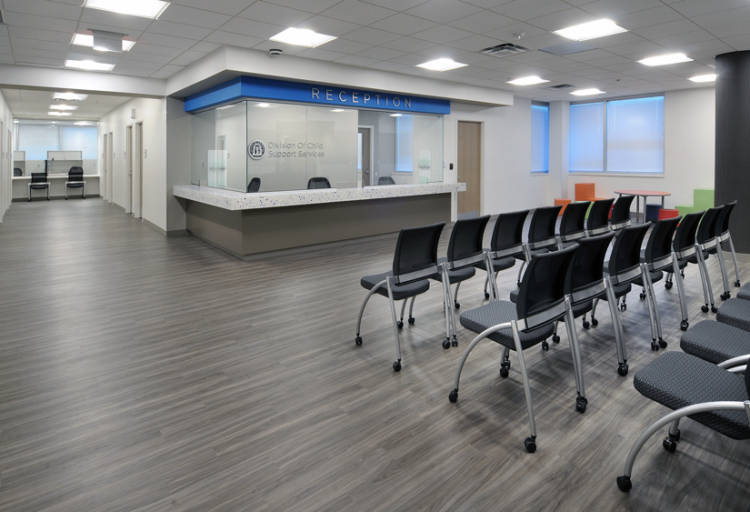 In terms of design, the wood look was highly sought after for this project, however the cost of natural wood flooring was prohibitive, said Ware. Parterre’s wood-look luxury vinyl flooring products proved to be the perfect fit. 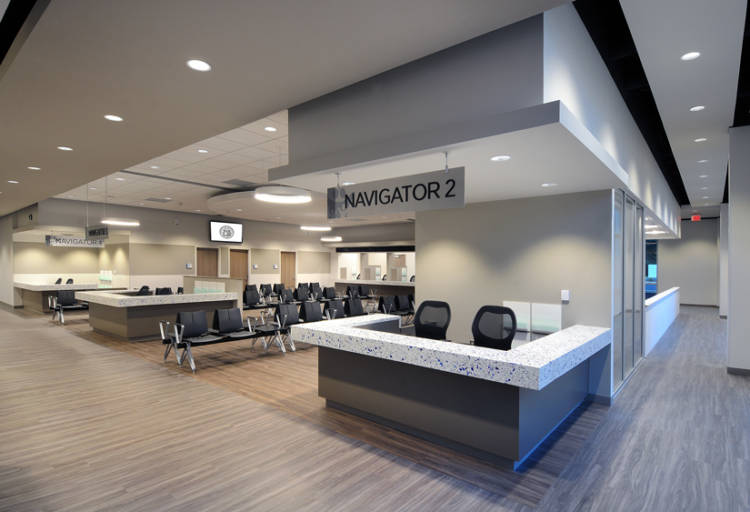 In addition to being used on the first and second floor space, Parterre’s luxury vinyl product was also used in the elevator lobby space, as well as inside the elevators themselves.

In the end, DHS officials were very happy with the look and feel of the new space.

“The client loved it,” said Ware. “They thought the floor looked like wood and was warm like wood, but it was easier to maintain.”

Ware said she was once again impressed with the level of sophistication Parterre brought to her design project, as well as the level of service provided by Parterre’s rep, Chris Moore.

“I looked at other products but I kept coming back to Parterre,” she said. “I’ve used this product before and I know that it lasts.”