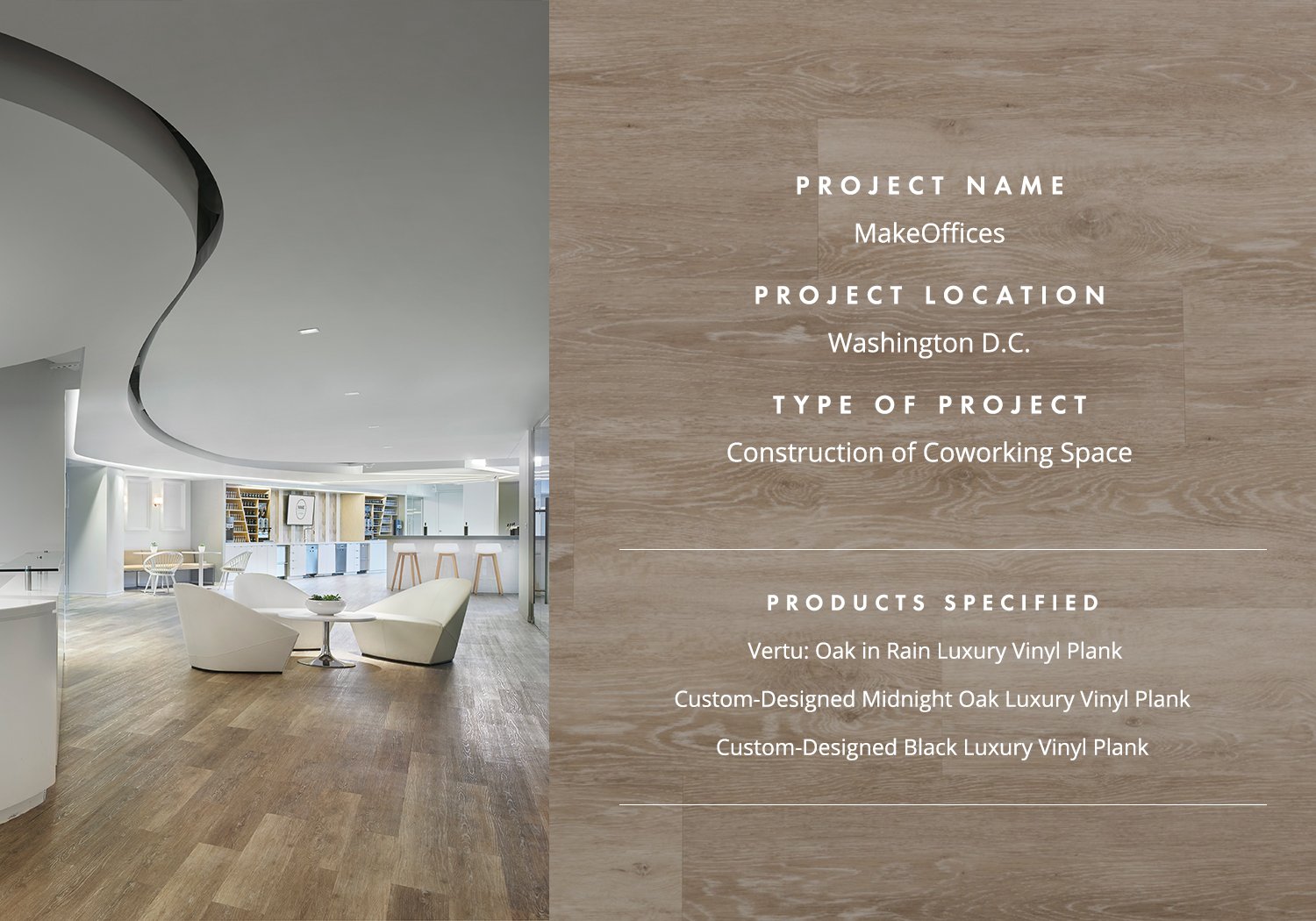 MakeOffices is a growing company specializing in coworking space, both collaborative and virtual, for freelancers, entrepreneurs and Fortune 500s. The coworking company has six locations in the greater D.C. area, one in Philadelphia and three in Chicago — with plans to open even more in the near future.

In 2016, MakeOffices hired the world-renowned design firm of Gensler to lead design efforts for two new locations in the nation’s capital — one of which was the company’s flagship location on Clarendon Street and the other situated along the “power corridor” on K Street.

Gensler, which is an integrated architecture, design, planning, and consulting firm with offices across the globe, was tasked with helping MakeOffices transform both D.C. locations into hubs of creativity and collaboration.

The Gensler team, consisting of Design Director John McKinney and Interior Designer Carol Schneider, said the goal of both design projects was to create an architectural brand that would reinforce how MakeOffices uses its space, as well as create a tour route throughout both locations that allowed the company to better sell prospective members.

Another challenge was designing a floor plan that delivered a balance between the individual office space and the collaborative space that MakeOffices is known for.

Another challenge was keeping costs low — both in terms of designing the space’s architecture and finding the appropriate furniture to match the design approach. Because of this, MakeOffices and the Gensler team chose to forgo installing any ceiling applications — an amenity Gensler says normally would help define and separate the individual spaces within the open office setting. As a result, this meant Gensler would have to find another design anchor for the new locations.

As it would turn out — the flooring selected for both spaces would play a major role in addressing these specific challenges.

Parterre’s luxury vinyl flooring was selected as the anchor design element for both locations for a variety of reasons.

Initially the design team discussed using exposed concrete flooring, but Gensler said Parterre’s luxury vinyl flooring was chosen because of how it helped level the floor. Concrete, while a suitable product, would’ve been a far more challenging flooring option because it would’ve required extensive grinding and polishing to ensure it was level — especially with the long expanses of glass situated throughout the coworking space.

Another major reason why Parterre’s flooring was selected for both projects was the impressive versatility in design options available.

“We were able to bring the warmth of real-looking wood and lay it at a 45-degree angle to create unique patterns and an energy throughout the space,” McKinney said.

Because Parterre’s vinyl flooring allows for flexible gradation of color, the design team could employ everything from light shades of gray to darker shades of black tones to create different zones in each space. “This allowed us to get creative with the resilient flooring,” Schneider said. 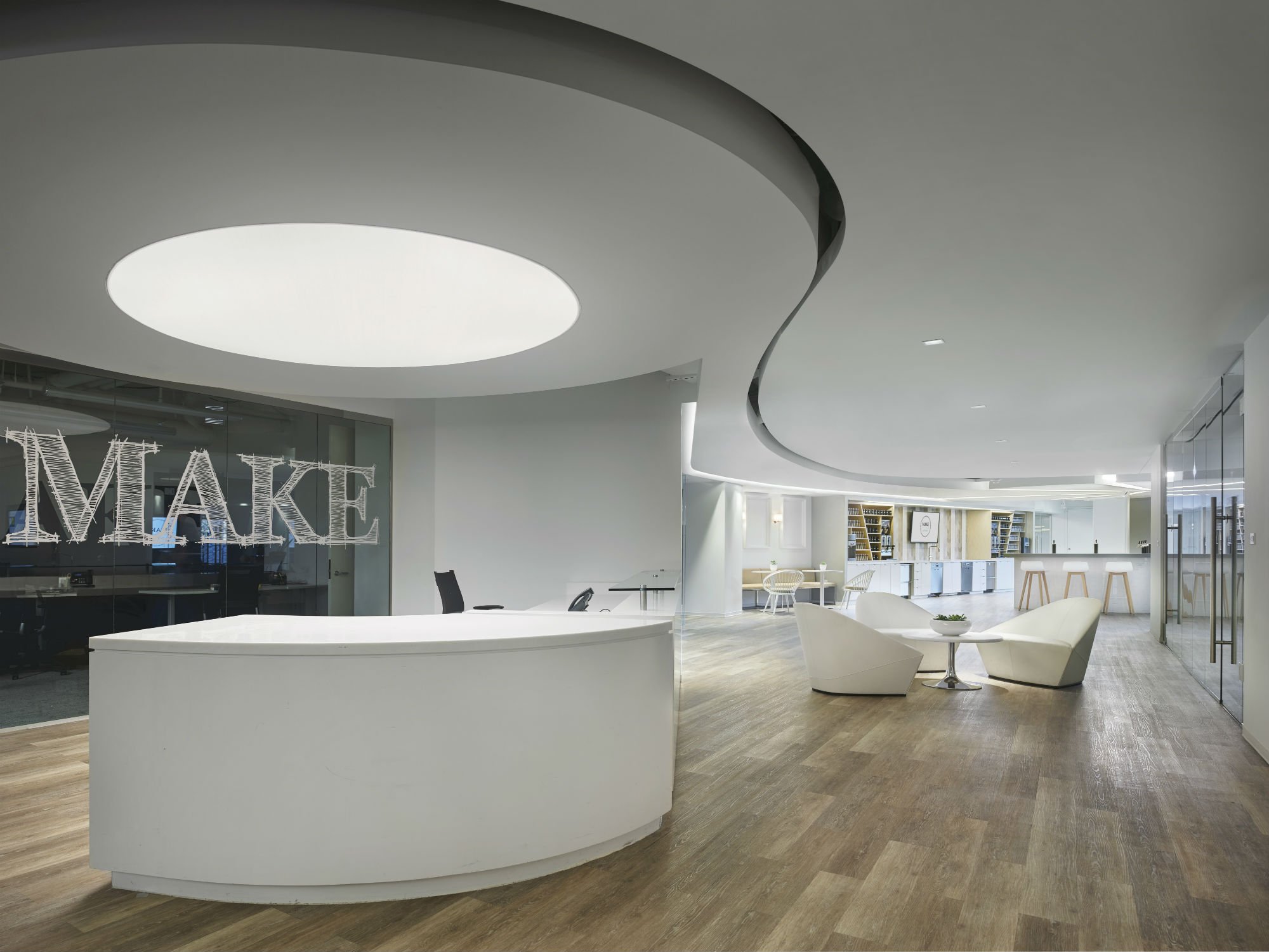 Flooring used throughout each space varied. In both locations, Gensler selected Parterre’s Oak in Rain product from the Vertu Luxury Vinyl Plank collection. This flooring offered a repeatable and natural wood-look design with a lighter shade of gray that contrasted well with the darker design elements selected for each individual space.

For the K Street location, Gensler used a custom-designed, dark plank, Midnight Oak, which is a classic oak design in a contemporary color. In the Clarendon location, they added dimension to the space with a sleek custom plank, Black.

“The wood-look flooring, itself, offered us a certain amount of warmth,” said McKinney. “Having the two color directions, one in warm and the other cooler, allowed us to create different zones in the space.

Another benefit of Parterre’s flooring, according to Gensler, is how well it replicates the real thing.

“You can’t tell whether it’s real wood or vinyl until you really look at it,” he said.

So, with MakeOffices poised for growth, the Gensler team said it’s clear that Parterre’s luxury vinyl flooring product has earned a place in future projects, thanks to its unparalleled design options, versatility in gradation, budget-friendly price points, and exemplary service from sales representative, Larry Hooper.

“At the end of the day, MakeOffices’ space is their business,” said Schneider. “It’s important that people who visit the space are impressed by the vibrant community.”