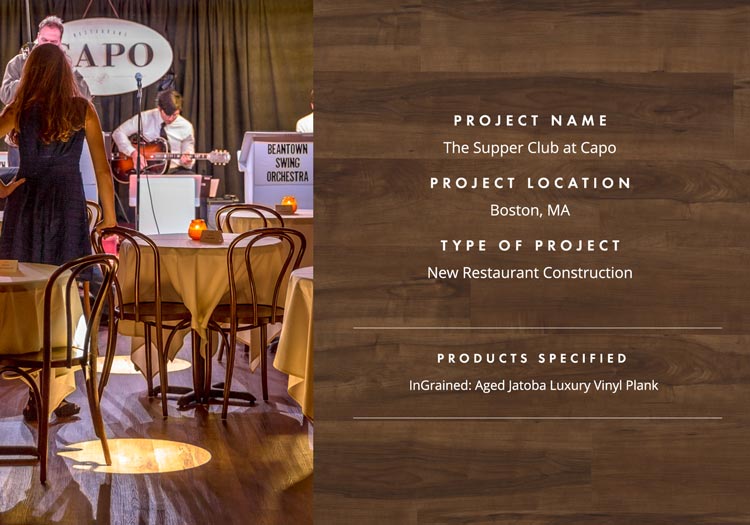 Capo Restaurant is a rustic neighborhood gathering place situated in South Boston that serves fine Italian food and spirits in an energetic and classy setting. In 2016, owners of the popular Italian eatery hired Assembly Design Studio to design a new speakeasy-type establishment in the basement of their West Broadway street building.

Having specialized in a variety of hospitality design projects — including the Lincoln Tavern and Loco Taqueria — the team at Assembly set out to transform Capo’s dark and dreary basement into a refined and retro restaurant and performance space called The Supper Club at Capo. 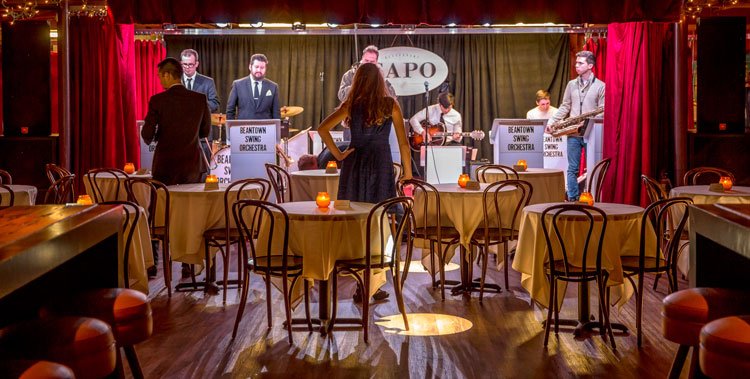 As the lead interior designer on the project, Erica Diskin said the goal was to give patrons the feeling that they were sneaking into the basement of their Italian grandmother to let loose and have a little fun. The challenge, however, was creating a place within the confines of the basement that would complement the upstairs restaurant, but also separate itself from a traditional dining experience.

“Upstairs we were fortunate to have a space with high ceilings, original wood floors and original brick walls — all of which are gorgeous features,” said Diskin. “Then there was the downstairs basement. It was dark, with short walls and eight-foot high ceilings and cement flooring.”

So, with the goal of creating what Diskin described as a “retro grandparent’s basement vibe,” the team at Assembly sought an interior design approach that would create a warm and nostalgic aesthetic. The foundation of this design approach as it turns out was finding a wood-look flooring to not only add a bit of class to the basement setting, but also soften the space up a bit. 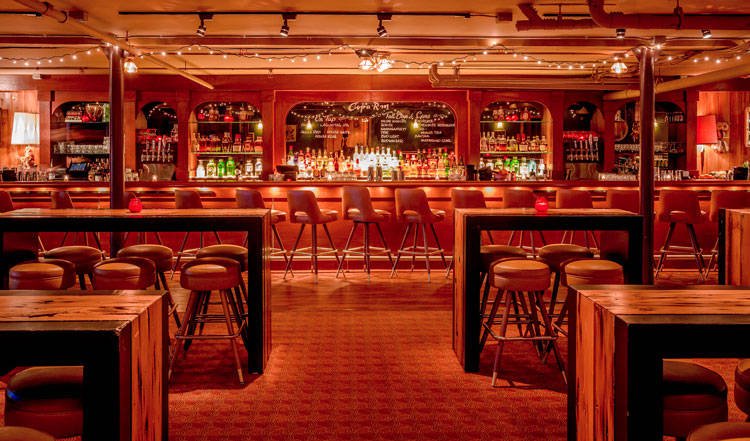 The design team ultimately selected Parterre’s luxury vinyl wood-look flooring product Aged Jatoba from the InGrained Resilient Plank collection because of how well it paired with the mahogany bar. The warm look of Aged Jatoba also helped to provide that at-home, comfortable feel Diskin envisioned for the space. Not only was the vinyl product used around the perimeter of the bar, but it was also installed in the entrance and on the dance floor.

The durability of Parterre’s flooring also played a major role.

“It was perfect because we knew people would spill drinks on the dance floor, and then staff would have to clean it up at the end of the night,” she said. “We knew (Parterre’s) flooring was going to be durable and long lasting, not to mention easy to clean and something we weren’t going to have to worry about long term.”

Another enticing benefit of Parterre’s flooring, according to Diskin, was just how easy it was to apply to the concrete subfloor. 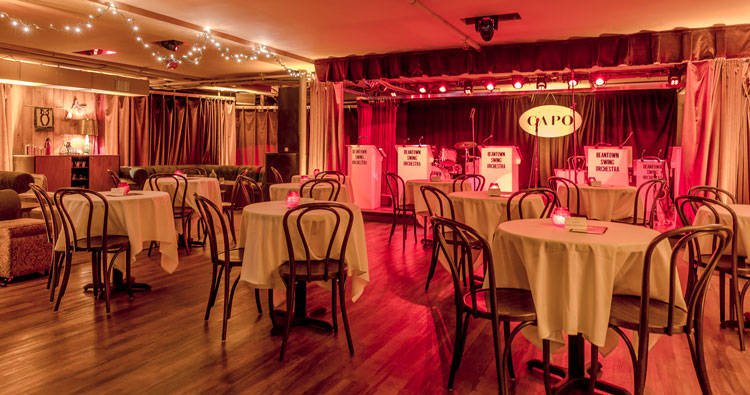 The Supper Club opened its doors in December 2016 and since then has become one of the go-to places for food and fun in Boston.

Diskin said Parterre’s flooring coupled with the unique 1960s décor has helped create a fun and lively atmosphere inside the new restaurant and performance space.

“It literally feels like your grandparent’s basement,” she said. “We’ve created this element of excitement that makes people feel like they’re not supposed to be partying there. It’s a very different space for Boston.”